Alright folks. It's time for a little bit of a history lesson.

Grab some coffee or popcorn or just skip both and keep reading.

Let's dive in and learn some more about the Fabulous Flamingo. 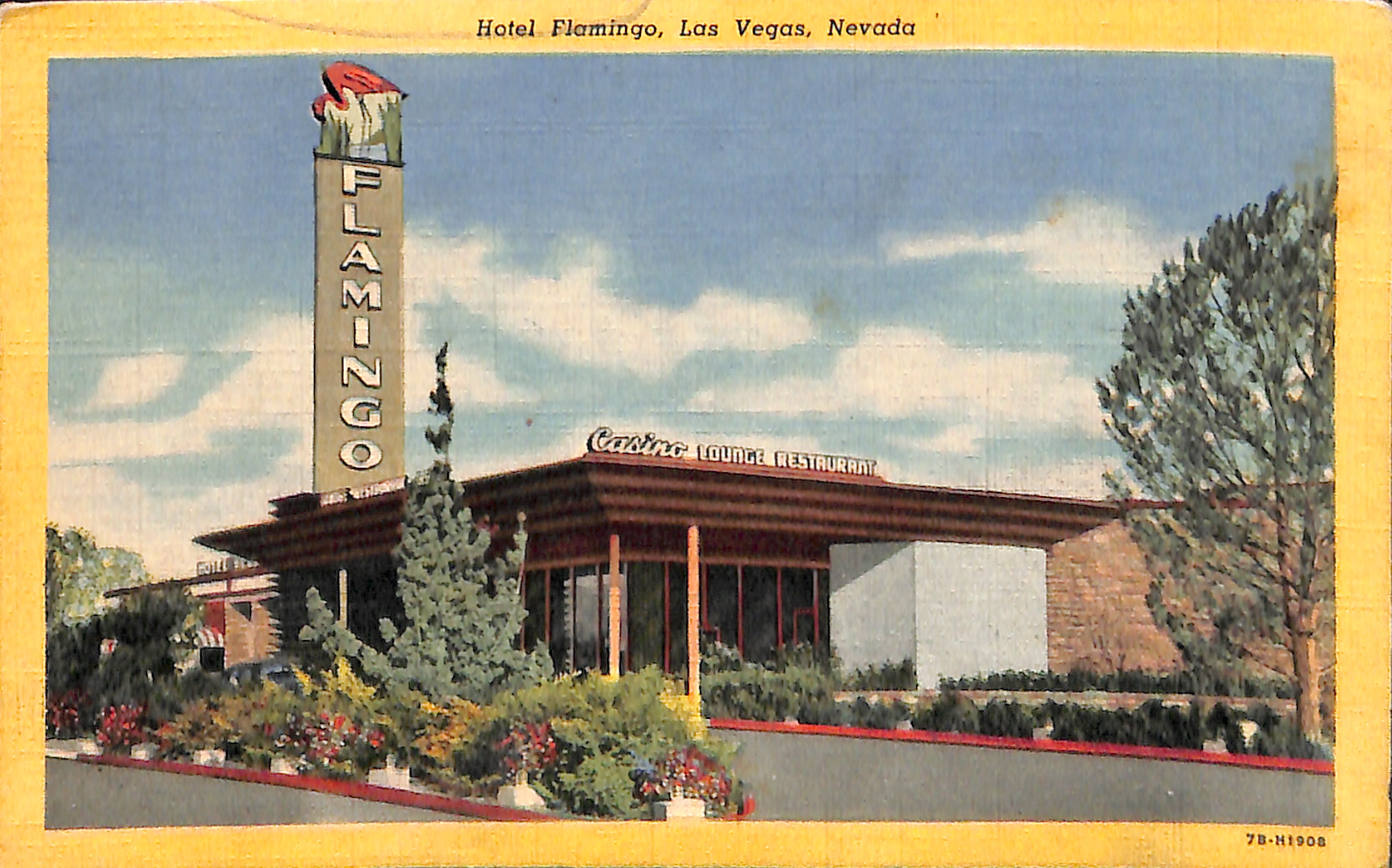 Let's throw it back to 1945. Mobster and crime boss, Benjamin "Bugsy" Siegel (yes, that Bugsy Siegel), moved to Las Vegas with his partners and associates. Las Vegas reportedly piqued the interest of Siegel for a multitude of reasons but most notably for the following reasons:

Bugsy Siegel began has Las Vegas ventures by purchasing the El Cortez located on Fremont Street for only $600,000 (you can't even purchase a nice house in Las Vegas for less than $600,000). Unfortunately for Mr. Siegel, his expansion plans were hampered by unfriendly city officials that were aware of his criminal background.

Bugsy wasn't going to let this stop his plans, so he began looking for a site outside the city limits. A little birdie tipped off Bugsy and let him know that Billy Wilkerson, owner of the Hollywood Reporter, was the owner of 40 acres along what is currently known as the Las Vegas strip and that he was experiencing financial troubles.

Siegel took it upon himself to strike a deal with Billy Wilkerson and directly bought a 2/3 stake in the Las Vegas property and project owned by Mr. Wilkerson.

Without crime boss and mobster, Bugsy Siegel, we may not have ever scene the completion of the Flamingo, an iconic property and casino that has contributed to Las Vegas's History. If you're interested in more content about Las Vegas and the city's history, be sure to check out the Las Vegas history section on our website. If you're interested in learning more about the Mob's influence on Las Vegas, we have a whole section on our website dedicated to this as well.

The wealth management advisors in Las Vegas are numerous, but selecting the best one is a tough task. Your LV Plug has you covered

Tribute to the Las Vegas Raiders Stadium: The Deathstar